Stay up to date with the top
restaurants in town!

Your information is confidential and will never be shared
any third party.

Home>Indian > The Song of India

A favourite with regulars is the flambé leg of lamb—the meat is slowcooked, then flambéed and served with robust Afghani spiced sauce. The kebab tasting platter featuring lamb, chicken and prawns is a great way to sample several things in one dish and makes a wonderful prelude to an incredibly tender lamb chop cooked Kashmiri Wazwan-style.

Another must-order is the tandoori lobster, whole fresh lobster marinated with spice and cooked to juicy perfection in the tandoor. Served with a luscious Kerala moily sauce, it practically begs for a truffle and mushroom naan to sop up every delicious drop. Speaking of naan, there is an extensive selection of Indian breads available, such as fluffy Keralite rice hoppers, Kashmiri naan stuffed with dried fruit, and Punjabi tandoori aloo paratha filled with potatoes.

Other traditional staples abound, such as chicken tikka masala, Goan fish curry and Kerala chicken stew with appam. Naturally, there is also a solid selection for vegetarians; try the vegetarian tasting platter with samosas, paneer tikka, mushrooms and coriander fritters, as well as the cauliflower and potato masala.

Share on FacebookShare on TwitterShare on Google+
Operating Hours 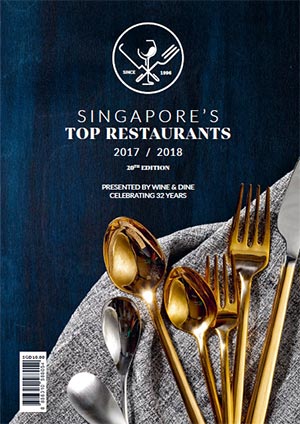